Looking for some new cooking tools? Shop my kitchen items!

Make this easy vegan taco pasta in 30 minutes or less! This recipe is vegan and oil-free but it can also be easily made gluten-free.

A while ago I added my 10-Minute Vegan Taco Meat recipe to the blog and from there I’ve come up with all sorts of recipes to include it in. The recipe I’m sharing today is a great way to incorporate my vegan taco meat recipe as well as my Taco Seasoning recipe!

For this recipe, you do not have to use my taco seasoning recipe or my vegan taco meat recipe. Using regular taco seasoning packets and vegan “beef” crumbles will work just as well.

Making this recipe is very simple. I start off by making my vegan taco meat. I make it in the same pot as I make the pasta in. When the taco meat is done I set it aside in a bowl or plate to add back at the end.

To start on the pasta add the onion to the pan and sauté it. Next add the jalepeños and garlic and cook for a few minutes. Then add all the remaining ingredients, except for the vegan taco meat, and bring everything to a boil. Stir continuously until it has reached a boil, then cover with a lid and set the heat to low. Cook for 8 – 10 minutes.

While the pasta is simmering I like to put the vegan taco meat on a sheet pan and spread it out evenly. Then I put it in the oven at 350°F for 15 minutes to crisp up a little. You don’t have to do this, but if you want the vegan taco meat to hold its flavor, texture, and color better then I’d recommend this step.

When the pasta is done, stir it to make sure nothing is sticking to the bottom. Add the vegan taco meat and stir again. The sauce will thicken as it cools so don’t worry if it’s loose and runny.

I like this recipe because it’s simple to make and it’s ready in a short amount of time. I also like that, just like tacos, you can customize this recipe by putting whatever you want on it.

I love this recipe because it’s so simple. If you have some extra taco seasoning packets sitting around in your cupboard, then you can add it along with pasta and a few other ingredients to make this delicious recipe!

Products for this recipe (Sold through Amazon)

This vegan taco pasta is also oil-free and can easily be made gluten-free. This recipe takes 30 minutes or less to make and serves 4 – 6 people!

For the Vegan Taco Meat:

For the Taco Pasta:

*Cashew Cream: To make cashew cream add 1 cup of raw cashews to a blender along with 1 cup of hot water. Allow the cashews to soak in the hot water for 5 minutes before blending it all together.

**Vegan Taco Meat: If you’re making my Vegan Taco Meat recipe to use in this taco pasta recipe, then I recommend cooking the taco meat in the oven after you’ve cooked it on the stovetop. After I’ve made my vegan taco meat on the stovetop, I spread it out evenly on a baking pan that has been lined with parchment paper and I bake it at 350°F for 15 minutes. I prefer to do this extra step because it makes the taco meat crispier which means it won’t lose it’s texture or color when you add it to the taco pasta. You can skip this step if you prefer.

***Simmering Time: You may want to adjust the simmering time depending on the type of pasta you use. I tested this recipe using regular pasta shells and with gluten-free chickpea pasta shells. The regular pasta needed the full 10 minutes of simmering to cook the pasta. The gluten-free chickpea pasta only needed 8 minutes to simmer and cook the pasta.

Want another pasta recipe? Check out my recipe for Lemon Pasta with Asparagus and Mushrooms! 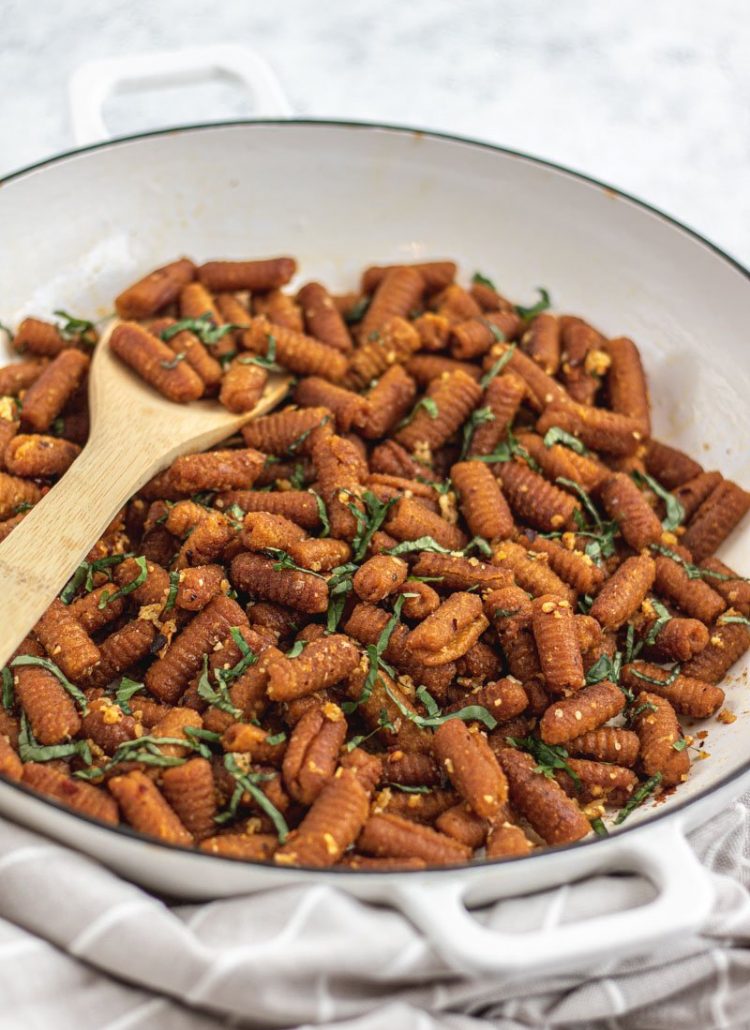 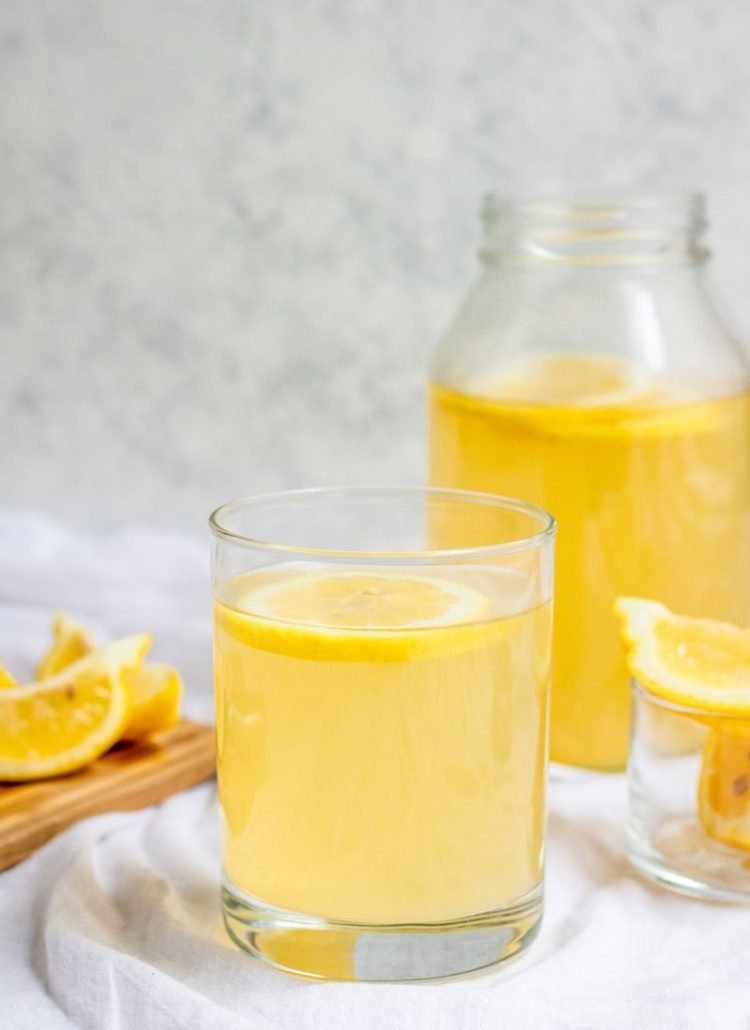 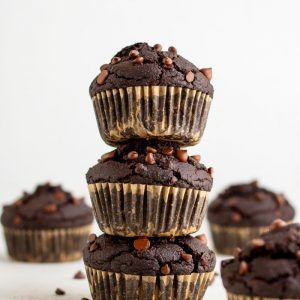 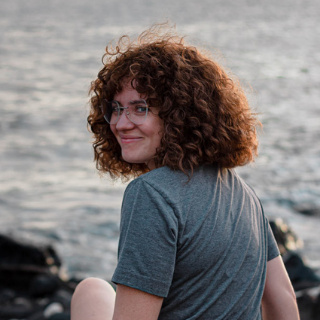 Hello and welcome! My name is Maria. I’m the creator behind Something Green, a website and blog that offers plant-based recipes that are mainly vegan, gluten-free, oil-free, and refined sugar-free.
Learn more! 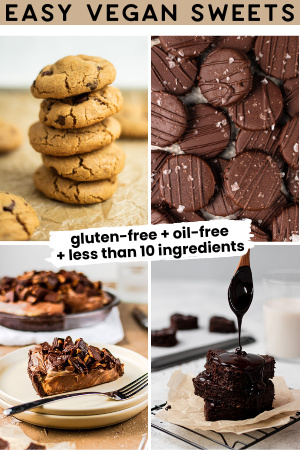 Sign up to receive your copy of Easy Vegan Sweets in addition to new recipes, updates, and exclusive content!

Sign up to receive your copy of Easy Vegan Sweets in addition to new recipes and exclusive content! 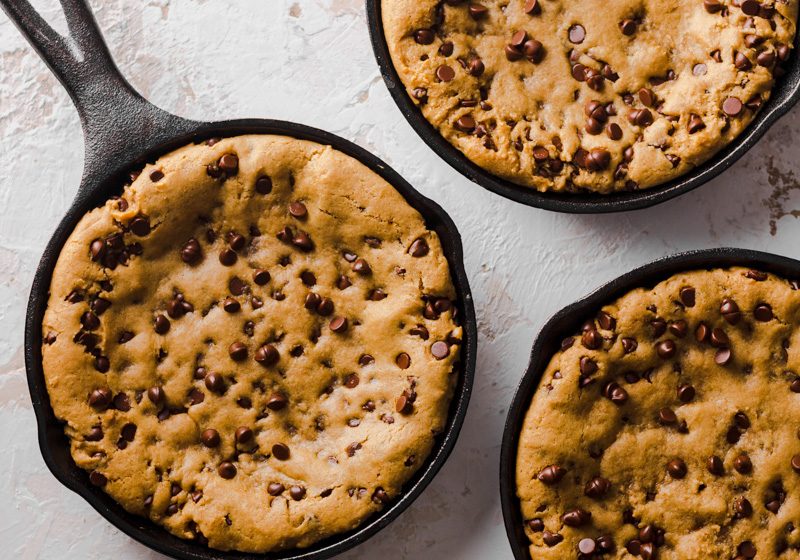 It's been a while since I last posted so I thought

I'm here to tempt you with this ooey gooey fudgy c

An oldie, but a goodie. I first added these almond